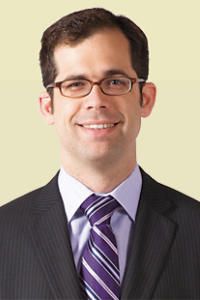 Professor Ryan Bubb will talk about “Regulation Motivation: A New Perspective on the Volcker Rule” at the financial regulation seminar on December 1st, 2016

Abstract
This paper explores how the Federal Reserve interacts with, disrupts, and contributes to the struggle for foreign relations power between the U.S. President and Congress.  In doing so, the Fed shapes the positions on questions of international economic law and relations taken by the country in ways poorly understood by both lawyers and academics.  The Fed’s approach – cosmopolitan when it comes to financial regulation and economic crises, but unilateralist when it comes to monetary policy – varies between contributing to the overall stock of international engagement made by the United States, and withdrawing from it.

The Fed has practiced its own brand of foreign relations since – and even before – its founding.  Throughout its existence, it has kept up relations with its foreign counterparts.  Often, these relationships have been cosmopolitan, while the branches of government have been less interested in foreign collaborations.  Sometimes, however, the Fed is an America Firster, threatening damage to some of the United States’ sensitive alliances.  In either case, the Fed has been an unexamined participant in setting the terms of international economic law and governance in a way that addresses systemic risk.

In neither of these cases, however, is the Fed supervised by Congress or the President.  Instead, the Fed has proven to be the most independent of independent agencies, even, it appears, in areas traditionally imagined to fall squarely within the realm of presidential power.

After essaying the Fed’s role in setting the terms of international economic law, this paper explores an approach to integrating its foreign policy into the foreign affairs law of the United States that preserves the Fed’s independence while also addressing the issue of intra-government coordination.

Please register your attendance by sending an e-mail to ccg@cbs.dk.

John Kay is one of Britain’s leading economists. He is a visiting Professor of Economics at the London School of Economics and has been a fellow of St. John’s College, Oxford, since 1970. He is a distinguished academic, a successful businessman, an adviser to companies and governments around the world, and an acclaimed columnist. His work has been mostly concerned with the application of economics to the analysis of changes in industrial structure and the competitive advantage of individual firms. His interests encompass both business strategy and public policy. John Kay is a Fellow of the British Academy and the Royal Society of Edinburgh.

Over the last half century, the evolution of the finance sector has led to the substitution of transactions for relationships. The outcome has been a sector which largely talks to itself, trades with itself, and has increasingly lost touch with the needs of the real economy for financial services.  In this talk, John Kay will describe how financialisation came about, identify how finance can improve the efficiency of business and the lives of households, and propose a programme of reform. Regulation, he will argue, has been as much the problem as the solution:  what is needed is a new philosophy focussed on industry structure and personal and corporate incentives rather than the elaboration of prescriptive rule books.

Wednesday, September 7th, CCG will host the seminar: “The Future of the Financial Sector” together with the Danish Shareholder Association as part of the research project “Nordic Finance and The Good Society”. 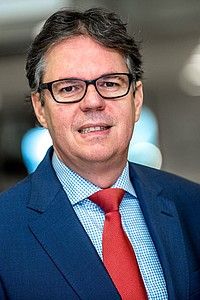 Professor Dirk Schoenmaker will give his talk titled: “Should the “Outs” join Banking Union?”.

Dirk Schoenmaker is is Professor of Banking and Finance at the Rotterdam School of Management, Erasmus University Rotterdam and a Senior Fellow at Bruegel. He is also a member of the Advisory Scientific Committee of the European Systemic Risk Board at the ECB and a Research Fellow at the Centre for European Policy Research (CEPR). His research and teaching focus on the areas of central banking and financial stability, financial system architecture, European financial integration, and circular economy. He is regular speaker at academic and professional conferences.

Abstract:The Single Market stimulates cross-border banking throughout the European Union. This paper documents the banking linkages between the 9 ‘outs’ and 19 ‘ins’ of the Banking Union. We find that some of the major banks, based in Sweden and Denmark, have substantial banking claims across the Nordic and Baltic region. We also find large banking claims from banks based in the Banking Union to the new member states. These findings indicate that these ‘out’ countries could profit from joining Banking Union, because it would provide a stable arrangement for managing financial stability. From a political perspective, member states’ opinion on joining the Banking Union ranges from an outright no towards considering Banking Union membership. 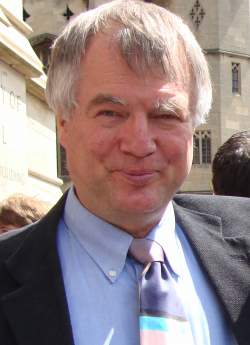